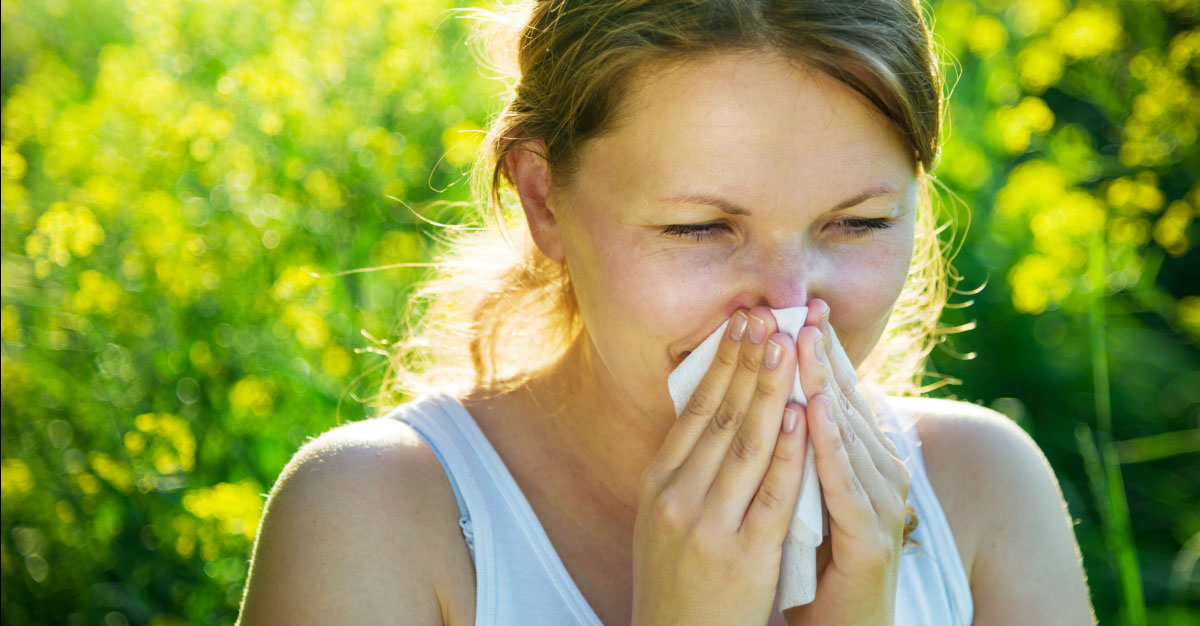 Your landscape should be a source of beauty and comfort. The last thing you want is to have a lush, green landscape that sets your allergies ablaze. Yet it’s one of the most common hazards that comes with landscaping: Plant the wrong plants in your yard, and you could be paying the price with years worth of sneezes and runny noses.

Ragweed is one of the most allergenic plants out there. According to the Asthma and Allergy Foundation of America, about 75% of Americans who have plant allergies are sensitive to ragweed. It’s not as common on the West Coast, which is why there tends to be less pollen in the area.

Certain species of grasses can be a major headache for allergy sufferers. The worst of them is ryegrass. Other problematic species of grass include timothy, blue, and orchard grasses.

Maple trees produce very potent allergens. The worst offender is the ash-leaf maple. However, if you’re prone to allergies, you should also avoid red, silver, and sugar maple trees as well. They aren’t as powerful as ash-leaf trees, but can still irritate your allergies.

Pecans are delicious. They’re also second only to ragweed as a source of severely allergic pollen. If you suffer from allergies, you’re better off getting your pecans from the store than trying to grow them at home.

Oak trees produce pollen that isn’t as potent as many other trees. That’s the good news. The bad news is that they produce this pollen in very large quantities, and that they produce it for a very long season.

As its name would suggest, these trees are very common in the Southwest. In warm climates, these trees will produce pollen for six to seven months out of every year. They’re gorgeous looking trees but a nightmare for any allergy sufferer in the area.

Want to learn more about which plants and trees can give you allergy grief? Give ABC Scapes a call at 602-404-0568.

Plants That Repel Mosquitoes In Your Outdoor Space
August 18, 2018